Food Coloring in the 18th Century

Most of the food colorants seen on this blog were generously provided by "Dobyns and Martins Grocers at the Sign of the Sugar Loaf ".  A special thank you to Mrs. Jennifer Dobyns for helping me with this blog.  I highly recommend their products.
http://www.dobynsandmartin.com/index.html
If you have ever had a cupcake or piece of candy, you have probably had food coloring.  For instance, both the red in the candy canes you eat at Christmas and the caramel color added to the soft drinks you drink are examples of food coloring in your every day life.  Today we have the luxury of being able to go to the baking isle at the local food market and get packs of flavorless food coloring.  In the past it was a different story.  The wealthy tried to emulate the colors found in nature and in their everyday lives by using extravagant spices, herbs, and even bugs to enhance the color of their food.


The history of coloring food goes back centuries to the Ancient Egyptian merchants who added colorants to food products to make them more appealing to buyers.  This practice traveled across the Mediterranean to Rome where they began adding alum, which is metal salt, to bread to make it whiter.  This became a big problem for trade because the added coloring made it hard to differentiate the types of bread.  For example, less expensive whole wheat bread could be mistaken for more expensive white bread.  This ‘counterfeiting’ practice allowed merchants to make higher profits by fooling the consumers because the coloring made products look like something they were not.  To try to remedy this, in 1531, one of the first food laws was instituted in Augsburg, Germany.  It concerned food colorants and spices, and called for counterfeiters to be burned at the stake.


Let’s begin with the first primary color, red.  In medieval England, there were red food coloring recipes made from roasted carrots, crushed red roses or the juice of pomegranates. More expensive items to make red coloring came from Asia like red Saunders (a type of wood found in China and other tropical climates) and the Cochineal bugs from Mexico.  Cochineal is a bug that lives on cacti in sub-tropical and tropical climates.  Harvesting the Cochineal was costly due to the size of the bug and the amount of work it takes to gather them so only the wealthy and powerful could afford this type of food coloring. At one point, the uniforms worn by The Grenadier Guards were dyed with cochineal. 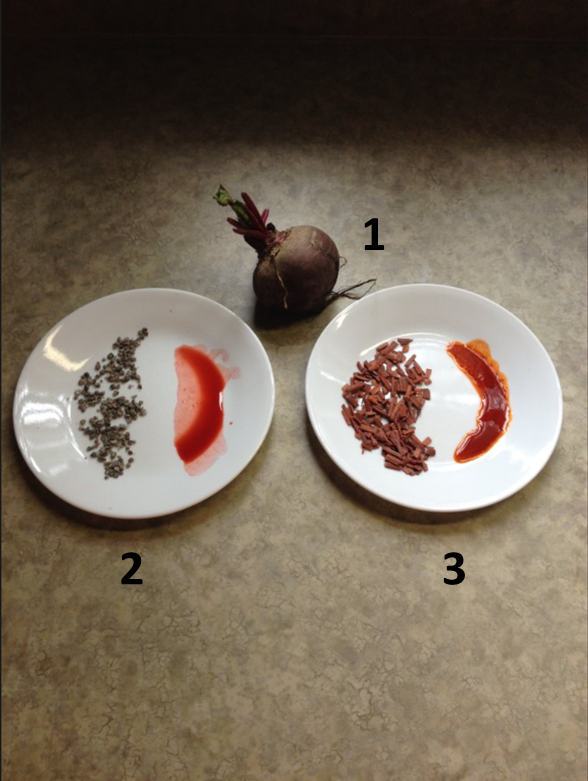 1. A Beet 2. Cochineal 3. Red Saunders
Numbers 2 and 3 are available at Dobyns and Martin Grocers
in Whole and Powdered Form

Hannah Glasse on how to make Cochineal 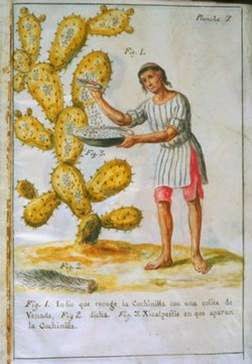 "Indian Collecting Cochineal with a Deer Tail"
Found in "Memoria sobre la naturaleza, cultivo, y beneficio de la grana"
1777
The next primary color is yellow and yellow food coloring contains the most expensive of all the colonial food colorants, saffron.  Saffron has always been the most expensive spice, colorant and additive to food and still is today. Saffron is the stigma of the crocus flower which has to be picked by hand.  When the stigmas are mixed with warm liquid, they turn that liquid a bright yellow color.  Another yellow coloring option is in the same botanical family as saffron and is called Turmeric.  Turmeric, which is commonly associated with Indian curries, was used in the 18th century for cooking and dyeing of cloth. 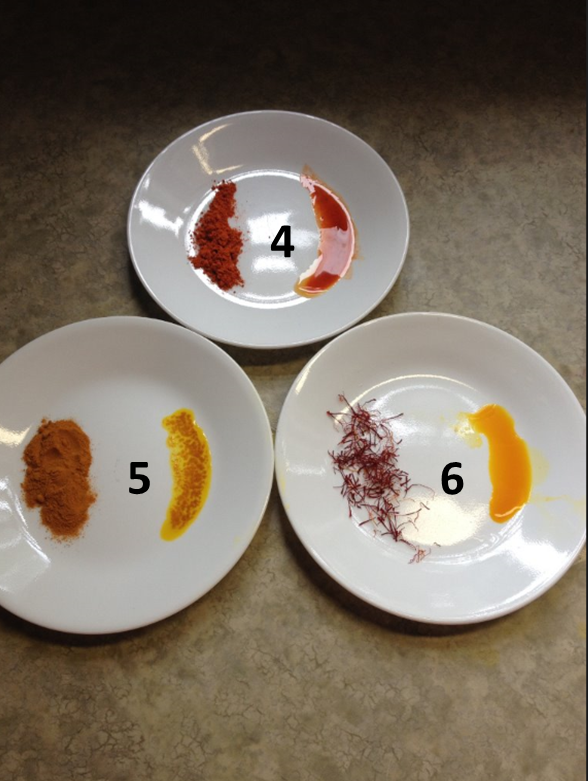 4. Annatto or Anchiote 5. Turmeric 6. Saffron
Number 4 and 6 are available at Dobyns and Martin Grocers
in Whole and Powdered Form for the Annatto and both English and German Saffron

Getting the final primary color, blue, in the past was a little tricky.  I have found many references to blue food coloring but most of the methods used made the desired product more purple than blue.  For instance, Hannah Glasse says for her ribbon jelly recipe to make red with cochineal, green with spinach, yellow with saffron and blue with syrup of violets.  By pouring hot syrup on crushed violets the blue color in them leaches out. Other items used to make blue food colorings were indigo plants and mulberry juice. 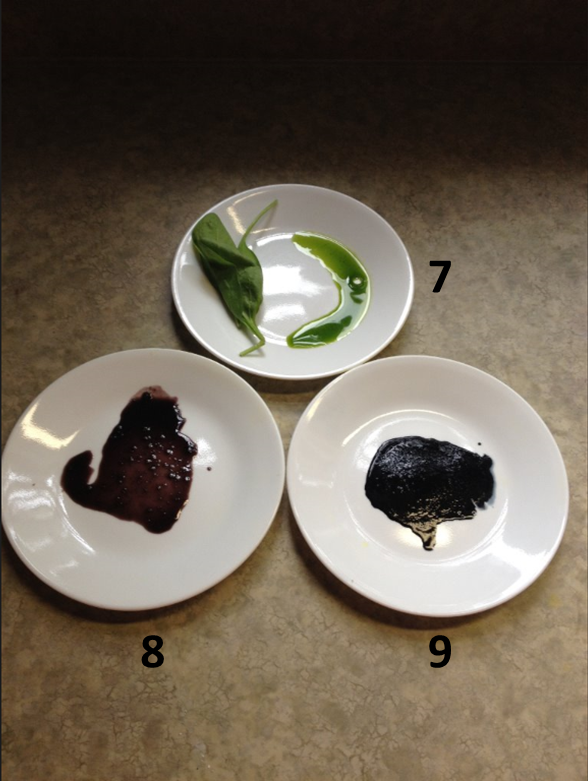 7. Spinach 8. Violet Syrup 9. Indigo
Number 8 and 9 are available at Dobyns and Martin Grocers
in Whole and Powdered Form for the Indigo and Candied Violets are offered 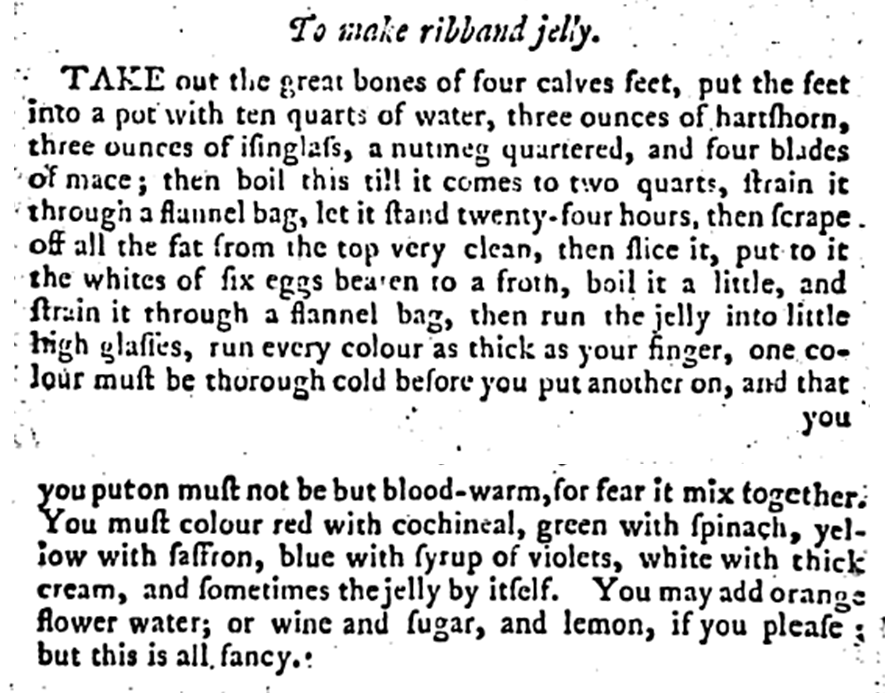 "The Art of Cookery Made Plain and Easy"
Hannah Glasse
1774
Other colors, like green and orange, could be made by mixing the primary colors.  There were also some other methods used like making green from spinach juice and orange from annatto, a type of seed. They also used highly toxic chemicals and metals to create colors in those times like red lead for red coloring and green copper for a blue coloring. 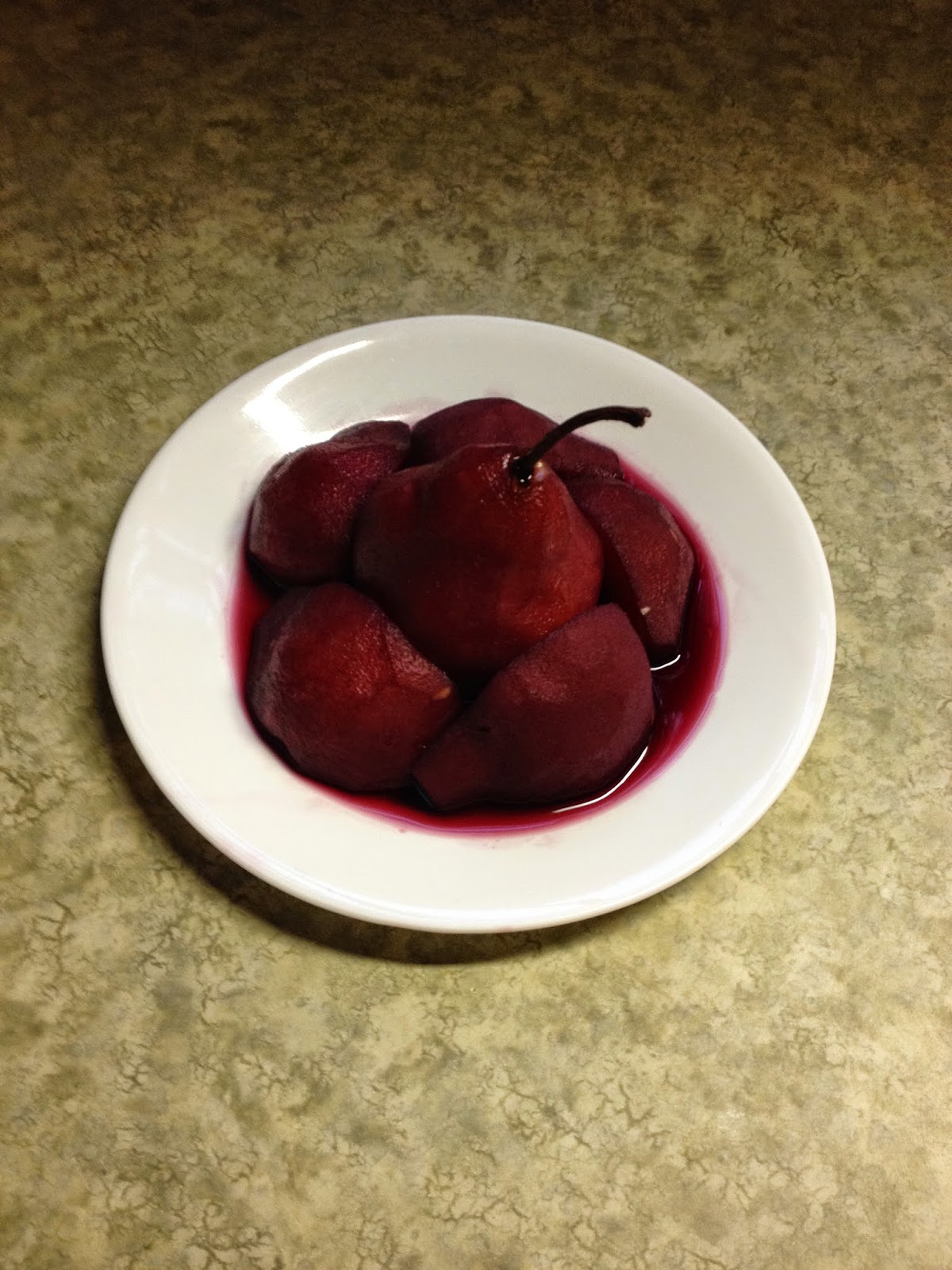 "The Art of Cookery Made Plain and Easy"


These coloring methods were used by the rich and upper middle class to show off at their dining tables.  There may be a family crest made of food colored sugar or a bowl of food color enhanced marzipan fruits adorning their fine china.  These were just some of the food items you may have seen in colonial times using these food colors.  Bugs, herbs, and even spices from foreign countries made the luxury of food coloring something that everybody would have been aware of in the 18th century but the only the wealthiest could afford.


In the study of food history you find several things that separate us from our ancestors, but you also find several things that unite us.  What else in history has the power to do this better than food?  Knowing that we have a link through the food and the coloring of it unites us with the past.  So whenever you eat your candy cane or drink your soda take a moment to enjoy the history you are consuming.
Posted by Unknown at 1:41 PM